Microtransactions have revolutionized the video games industry by changing how companies make money and also affecting how games are designed. However, if you don’t know what microtransactions are, don’t worry. We will explain how they work and if they are good for customers or simply a tool to help game developers rake in more profits.

Previously, video game companies used to make their profits when a video game was originally purchased. Customers simply went to the store, paid once, and that was that. However, the rise of microtransactions has changed that system. These are very small transactions that users can make to improve their position on a game, such as purchasing an upgrade for a character (e.g., better armor or a more powerful gun). Many games have an online store where users can spend real money on a variety of these upgrades, simply by using their credit card.

The Growth Of Free-To-Play Games

These microtransactions have caused the rise of free-to-play games. Players are given the core content of a game free. However, there is a catch. The core content is littered with options to make upgrades, and these aren’t free.

Making a game free to play is a very successful marketing technique. As players experience the game, they will feel that the desire to spend money increases, simply due to the structure of the gameplay.

Paying More Than Once!

Now it’s not just free-to-play games that incorporate microtransactions. Many games will require you to pay for the original package while offering upsells in the form of additional add-ons. If you’re wondering why companies make you pay multiple times, it’s because it works. Players get drawn into the original game and simply can’t help but spend more to enhance the gameplay.

Selling a game and leaving it at that is simply not enough for video game developers to make their profits anymore. They have taken to milking their games for as much money as possible.

Are They Making Games Unfair?

A strong argument has developed that microtransactions are ruining games. Often it is the players with the most disposable income laying around that can purchase the best upgrades and gain a significant advantage over other players.

Other people believe that some microtransactions may be unfair due to random chance. Let’s use Hearthstone pack odds as an example. Players of the popular Blizzard game can opt to purchase a random loot box. However, many of these boxes simply provide low-quality items that are not worth the gamble. While there is supposedly a chance of acquiring more rare and valuable items, the chances of success are unknown. 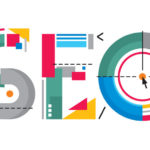 Could You Work Virtually From Home?0 Total Shares 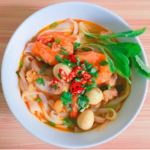 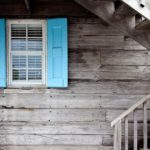 Putting The Finishing Touches To An Ideal Home0 Total Shares