By any important measure, the California prison system has serious issues that need constant direct attention and focus in order to be corrected.

The California Department of Corrections and Rehabilitation (CDCR) runs the state’s 35 prisons, and is in charge of both housing and coordinating follow up on prisoners once they leave prison. The organization has at more than $11.4 billion annually, the state’s fourth highest budget in the state. Only K-12 education, health and human services and higher education costs more for the state to operate each year.

This large budget is 8% of California’s $122 billion annual budget, making it on the high end of costs per prisoner in state prisons in the US.

The system currently has more than 128,000 inmates and this number has been reduced from previous years which saw as many as 164,000 inmates incarcerated. The reductions are mostly because of Proposition 47 which relaxed penalties for drug offenders.

The idea in reducing prisoners was to get more people back on the street and out from under non-violent drug sentences that were much too long, to reduce overcrowding in the prisons and to reduce costs. The first to goals were certainly achieved, although the amount of prisoners continues to rise and is projected to reach more than 131,000 by 2020. But the third has not materialized at all.

With the current amount of prisoners, the average cost per prisoner tops the country at reach a record $75,560. Yes that is correct. It costs California more to house a prisoner than it does to send a student to an Ivy League schools every year, house him or her there and also pay for books and food.

For history’s sake, the price to house and feed each inmate has doubled since 2005. The primary reason for the price rise has been salaries and benefits for prison guards, increased administrative expenses and the cost of medical care for prisoners, causing costs to skyrocket.

The cost increases have been growing more quickly. Since 2015, California’s per-inmate costs have surged nearly $10,000, or about 13%.

For reference, the second most expensive state to house a prisoner in is New York at just less than $69,000 per prisoner.

Logic would say that fewer prisoners should mean less costs Critics say with fewer inmates, the costs should be falling. But the complexities of housing prisoners makes this thinking inaccurate. Yes there were prisoners released lowering the total amount remaining in the system by 1/3rd, but those released were lower level prisoners leaving the prisoners who were the highest cost to maintain, those at maximum security facilities.

In order to get the rate of prisoners incarcerated to start and continue to fall, there needs to be a concerted effort on rehabilitation of prisoners before they become institutionalized and revisit with more serious sentences causing longer stay in higher cost prisons.

The key is to provide in-prison services to inmates that help them to confront and work on the issues that cause them to offend. In many cases this means training them on skills so that they can find legitimate work and leave gang life.

In other cases it means giving many of them psychological counseling from experts like Dr. Wayne Imber.  It is believed that as many as 40% of the inmates serving long sentences in prisons have some sort of psychological problem that impacted their offending. Many of these prisoners are not receiving the proper counseling and medications to assist them with dealing with these very complicated issues.

If California wants to see a reduction in the number and costs of housing inmates they must be proactive in their approach to rehabilitate and provide psychological health services to inmates. 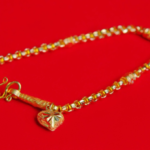