Photo by Jon Tyson on Unsplash

On July 13th this year, it was stated that as a result of climate change the world would experience more rainfall and droughts. Additionally, there will be more water evaporation that may complicate efforts to maintain reservoirs and to irrigate crops in farming regions.

Clemson University Researchers conducted this study and the information was published in a journal called Nature Communications. Ashok Mishra, a co-author of the journal stated that the research focuses mainly on how climate change will affect precipitation.

Furthermore, the purpose of the study was to examine the degree and inconsistencies of evaporation & precipitation. This determines how much water will be available during the wettest and driest seasons.

Let’s look at some specifics.

Regions affected the most by climate change are areas that already experience erratic weather patterns. These regions include Brazil, India, Australia and two areas spanning across Africa. Here’s what’s been happening to these regions as a result of climate change.

The climate change in Tanzania, South Africa and some other African countries, has resulted in higher temperatures & flooding. For example, a rise in sea level has increased floods in parts of Tanzania that’s threatened the agricultural industry.

South Africa has been hit by major floods caused by heavy rainfall that has damaged coal mines and power stations resulting in electricity cuts. There have been reports of at least 700 homes being washed away near Pretoria. Power cuts have temporarily ceased the mining of gold and diamonds affecting jobs and production. This shows the broad impact climate change is having on people’s lives.

Recently Australia experienced massive fires as a result of a record-breaking heatwave. The fires spread, hitting different states and territories. An area of approximately 25.5 million acres was destroyed by the fires. In contrast, in April 2020, New Caledonia experienced floods caused by heavy storms resulting in 200mm of rain pour in six hours.

After floods and landslides caused by a 280mm rain pour in Brazil, two people died & many are still missing. Several rivers have broken their banks after days of heavy rain. Additionally, Southern Brazil was hit with a major cyclone only days after the floods.

India has been hit by a devastating monsoon which has killed over 50 people. The floods have submerged thousands of villagers. Many rescue teams were dispatched to rescue those who’ve been displaced.

Why Stories Can’t be Ignored

Climate change has affected most parts of the world causing, cyclones, monsoons and many other natural disasters. According to NASA’s global climate change studies, the result of global warming has a 95% probability of being caused by human activity.

Are you doing your part to lower your carbon emissions to decrease the effects of climate change? You may feel like you can’t make much of a difference because you’re only one person. However, if you become part of the movement of people, considering the environment in each of their actions, you can help clean up the earth and prevent many negative impacts.

Do you want to be part of that change?

Places to Take your Kids in London0 Total Shares 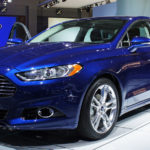 4 Excellent Car Security Features Your Car Should Have0 Total Shares 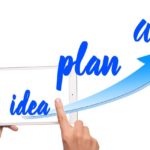 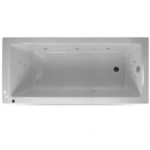 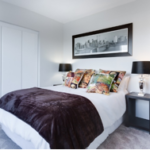 How To Save Space In Your Bedroom0 Total Shares