For three whole decades, it appeared that we were never going to get a proper third ‘Ghostbusters’ movie. As the risk of making ourselves sound old, we can still remember going to see the second ‘Ghostbusters’ film at the movie theater in 1989, and thinking it was the greatest thing we’d ever seen. Critics didn’t necessarily agree at the time – and even now it’s considered to be a lesser movie than the 1984 original – but Vigo the Carpathian scared the wits out of us as children, and the jokes all hit the mark. Back then, it seemed out of the question that we wouldn’t see a third film, but no third film materialized.

In all the years between then and now, the original franchise has found a way to stay alive without returning to the big screen. The cartoon based (loosely) on the movies ran until 1991. All the way through the 1990s, there was talk about making a third film. Original stars Dan Aykroyd and Harold Ramis worked on a script with original director Ivan Reitman, and on numerous occasions, we were told the script was complete. For a variety of reasons, the film was never made.

Bill Murray appeared to be a major stumbling block. Murray – a gifted but somewhat eccentric actor – is notorious for disliking sequels. He had reservations about doing the second ‘Ghostbusters’ film, and the mixed reception the movie received seemed to confirm all of his worst fears. It’s known that he outright declined the chance to make a third film towards the end of the 90s, which killed Aykroyd’s script idea stone dead. ‘Ghostbusters’ without Peter Venkman was unthinkable, and without Murray, there was no Venkman. Whole new generations of fans rediscovered (and fell in love with) the original movies thanks to streaming services, but the franchise appeared to be dead. Just like a ghost, though, it found a way to hang around.

Aykroyd wasn’t keen to give up on his script, and so came up with another solution. He re-imagined it as a video game, and approached Activision. The publisher took up the project enthusiastically, and released ‘Ghostbusters: The Video Game’ in 2009. All of the original stars – including Bill Murray – agreed to voice their characters. The game was a huge hit, and Aykroyd made comments to the effect of the game being the third movie. Once again, it seemed like the story was at an end.

We know that isn’t the case, though. As a movie watcher, you’ll be aware that there’s been a Ghostbusters movie on the big screen in the not too distant past. That was ‘Ghostbusters: Answer The Call,’ which was released in 2016 with an all-female cast. The movie had its high points, but didn’t quite achieve the heights of the original films. Some critics felt that the all-female cast was a gimmick, and that the sexist treatment of Chris Hemsworth’s male receptionist character undermined the intended message of diversity and inclusion that came from featuring four women in the main roles.

On top of that, Leslie Jones’ character was accused of reinforcing crude racial stereotypes, and a subsequent row over racism saw the actress quit Twitter. The movie was swamped by controversy and negative publicity. Although it turned a profit, it wasn’t the blockbuster that had been hoped for.

That alone could have finished off the ‘Ghostbusters’ franchise for good, but it didn’t. Even in the aftermath of the failed film, ‘Ghostbusters’ still showed that it could make money. One of the signs of this came at mobile slots websites, where two games bearing ‘Ghostbusters’ branding continue to generate large profits from enthusiastic mobile slots players. Not every film gets re-imagined as a mobile slots game in related casinos or their sister sites (‘Ted’ and ‘Austin Powers’ are two more big movies to get the mobile slots treatment recently), so when one does, it’s a sign that the film still has drawing power. Where there’s drawing power, there’s always the potential for another film.

Now, finally, thirty years after the second ‘Ghostbusters’ film, we’re going to get a direct sequel. ‘Ghostbusters 2020’ was confirmed at the start of 2019. As with the previous announcements and hints of an on-screen future, fans were initially suspicions – but principal photography began last month. The film is definitely happening.

What Do We Know About The New Film?

At the time of writing, not a huge amount. Initial photos from filming have shown us that Ecto-1 (the converted hearse that the Ghostbusters used as an emergency response vehicle) is back in service, and Ernie Hudson has confirmed that he’ll be reprising his role as Winston Zedmore. Given his level of involvement in the film, it can safely be assumed that Dan Aykroyd will be back as Ray Stantz, and Sigourney Weaver has all-but said that she’ll be back as Dana Brooke. Weaver has intimated that Bill Murray is on board to play Venkman, but that’s yet to be confirmed. Sadly, the film will be shorn of the talents of Harold Ramis as Egon Spengler, as the actor passed away a few years ago.

While the old cast may be on hand, they’re not expected to be the centerpiece of the film. It’s thought that the old Ghostbusters will serve as trainers and mentors to a new generation of Ghostbusters who are taking over the franchise. ‘Stranger Things’ actor Finn Wolfhard will be one of the younger protagonists, with Carrie Coon playing his sister, and McKenna Grace as their mother. We’ve seen set designs which feature classic monster the Stay-Puft Marshmallow Man on the walls as graffiti, so we wouldn’t rule out an appearance by the big chewy ghost. We can probably expect to see ‘Ghostbusters’ legend Slimer in a cameo role again. For the sake of our own sanity and childhood nightmares, we’d rather not run into Vigo.

Although schedules can also change, ‘Ghostbusters 2020’ (which is a working title) is slated for release during July 2020. We guess that just leaves one question: If you want to go and see a great movie next summer, who ya gonna call?

To read more on topics like this, check out the Lifestyle Category here at Flurl. 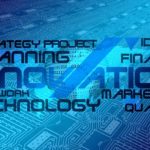 5 Most Innovative Technologies of 20170 Total Shares 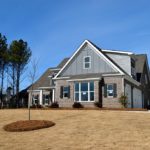 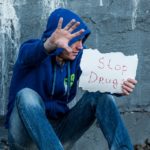 How to Deal with a Tobacco or Marijuana Addiction0 Total Shares 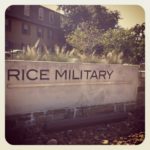 Houston, the Most Vibrant and Chic Real Estate Market in the Country, According to Al Hartman0 Total Shares 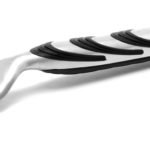 Top Five Amazing Things Every Guy Should Have0 Total Shares